I have to admit that I am guilty.  I spent my summer playing with my Aston Martin rather than working on it.  I have neglected this blog and the YouTube channel.   My apologies.

Earlier in the year my Sweetie suggested that we do a getaway drive for fun (did I mention I love my wife).  Coincidentally – two of the regional clubs reached out to me to join their gatherings, and just like that we had the makings of two road trips. END_OF_DOCUMENT_TOKEN_TO_BE_REPLACED 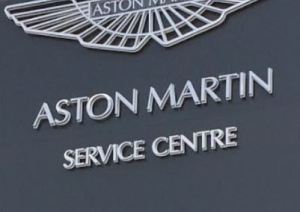 It might not seem like an issue to those living in the UK, but here in the USA Aston Martin dealerships are few and far between.   If you live in a Major metropolitan area you usually have an option, but in smaller cities they just can’t manage to survive.  I live in Sacramento, California with a population north of one million, but no luck.  My nearest dealership (up to now) was 130 miles and at least 3 hours away in Silicon Valley.   If you are an avid reader of this blog you know occasionally I sneak my car over to the Maserati dealership in town, I just just heard that they’ve given up and are closing in September.

I was pleased to have just received a form letter from Aston Martin The Americas President Laura Schwab (read the entire letter here).   It’s not like Laura knows me from a hole in the ground (I would like to meet her though if someone out there can arrange it).   Aston Martin has just opened a dealership in Walnut Creek, California.   For those of us in Northern California this is considerably more accessible than the Silicon Valley dealership in Los Gatos, CA.  For me its now ‘just’ 75 miles and about a 90 minute drive [half a day minimum out and back for an oil change still]. END_OF_DOCUMENT_TOKEN_TO_BE_REPLACED