So this post is because one day I got into my car and discovered I couldn’t adjust my drivers seat.   Specifically:

What really sucked is that every time I fiddled with it, I would end up edging the seat forward a bit, and seat bottom back up a bit (the only two motions that worked).  Envision me slowly tipping up and squishing into the steering wheel.

Here is a video of the problem in action:

The Search for a Solution

So, I started to look for a solution.  I peered under the seat and made sure all the wiring connections were plugged in tightly and that there wasn’t some object stuck under the seat (water bottle, etc).  No luck.

I was pretty sure I didn’t have a blown fuse since my seat still moved in two directions.   If you seat doesn’t move at all or even click, you should check the fuse.

A post of a similar issue over on 6Speed suggested various things which got me looking into the Seat Module Calibration.

What is a Seat Module?

Each power seat in your DB9 has a Seat Module.  The seat module is a physical device mounted under each seat.  The module’s job is to operate the seat, and part of that responsibility is to know how far each of the power adjustments can move, forward or back, up or down etc.   The seat motors are kind of dumb (just move one way or the other) and it’s the modules job to keep track of the position using a position encoder.  Think of it as “Once I know I am at one end of the hall, I know it takes 27 steps to get to the other end”.

Why does it need to be Calibrated?

The problem with the Seat Modules is that they can loose their memory of where “the end of the hall” is.   ANY interruption in electricity to the seat module will cause it to forget.  Unlike the storage in your cell phone, tablet or PC – if the memory in the Seat Module loses power it’s instantly blank again.   Even a dip in the voltage (low battery) might cause it to forget.  Stupid design that would be rectified in later model years.

Aston Martin released Service Bulletin SB153 in December 2004 about each of the modules in the car that need reprogramming after losing power for any reason, and this step is one of them.  You can read SB153 here.

Is this a bad thing?

Your car isn’t broken, and the module isn’t bad.  This is just a design quirk.

[Well, probably not broken – Aston Martin released Service Bulletin SB202 in July 2006 stating that if you have repeated episodes where the seat calibration is lost (and not related to a power loss) the seat module should be replaced.  If your car was under warranty and this was happening they should replace it for free.  You can read SB202 here.]

In the Official Aston Martin Workshop Manual there is a section on Seat Module Calibration (you can read it in full here) they actually note that:

“There is no physical indication that the seat is in calibration mode, the seat could be left in this mode for some time before a user notices.

There is nothing wrong with the seat being in calibration mode for extended periods of time, it will only be apparent to the user when a rearward / downward seat movement is required.”

Basically them saying that if you never adjust your seat it will just wait in calibration mode indefinitely until you notice.

Calibration is easy.  The hardest part for me was the fear of not knowing if it would work.  I wrote this article so you can get past this fear and tackle it yourself without shelling out $$$ at a dealership. 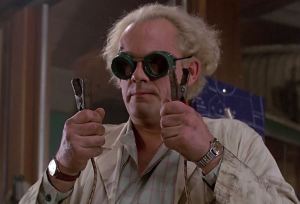 The procedure was spelled out clearly on page four of Aston Martin Service Bulletin SB141 and also in the Official Aston Martin Workshop Manual in Seating maintenance.   Follow the steps in this specific order (else it won’t work).

That’s it, the seat module should now be calibrated and you should be able to move your seat adjustments in all directions again now.   Readjust your seat to a comfortable position, and don’t forget to readjust your steering column too.

Check if the other seat also needs calibrated (it probably will).  Just repeat the same procedure.   There is no preference in order, you can do either seat first.

Check out my video and see the actual process in action.