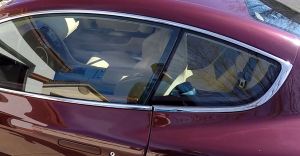 Your DB9 has a cool feature that when you open either door the window glass lowers slightly (drops) to allow it to clear the opening.  When you close the door the opposite happens and the window rises the final amount to seal up tight.  If the windows loose power the calibration to know where top and bottom are forgotten, and this feature stops working until you reset them.  Fortunately the procedure is simple and takes just a minute.

This happened to me recently after a Dealer Service where my battery had been disconnected.  Symptoms of a window that has lost its calibration are:

Details about what causes the issue

Anytime your DB9 looses power to the windows this issue will occur.  The DB9 has several control modules that loose their settings whenever power is lost even momentarily, namely the Window Glass Auto Drop, the Seat Position and potentially even the Engine Misfire Calibration.   Aston Martin released Service Bulletin SB153 “Re-programming Modules after Battery Disconnect” in December 2004 as the issues are so common.

Check out my other post and video on Seat Module Calibration if you are having that problem too.

For this feature to work, the door control module needs to know the precise position of the windows in its up/down travel path.   If it isn’t sure that the window is in the all the way up position, it won’t do the window drop.

Using the same anaology from the Seat Module Calibration, the window motors are kind of dumb (just move one way or the other) and it’s the modules job to keep track of the position using a position encoder.  Think of it as “Once I know I am at one end of the hall, I know it takes 27 steps to get to the other end”.  And in this case, the window drop feature only works if it knows it is at the end of the hall, and then it takes one step back as the door opens.

The problem is that they can loose their memory of where “the end of the hall” is.   ANY interruption in electricity to the door module will cause it to forget.  Unlike the memory storage in your cell phone, tablet or PC – if the memory in the door module loses power it’s instantly blank again.   Even a dip in the voltage (low battery) might cause it to forget.  Stupid design that would be rectified in later model years.

Early DB9’s may have experienced this issue simply because of cold weather.  Aston Martin released Service Bulletin SB209 in August 2006 acknowledging the issue and they released a firmware update for the door control modules to resolve it (that can only be installed by your Dealer). You can read SB209 here.

Check out this short video on the process. 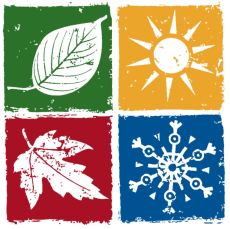 I have found with my car that as the seasons change (and the average daily temperatures increase or decrease), I occasionally get some slight wind noise from the windows not sealing tight at the top of travel.   My theory is that the rubber seal that the window glass seats against is softer or firmer as the temperatures shift notably.   When I notice the noise, I do a quick Window calibration (forcing the window to smash into the rubber seal to the best of its abilities in this season’s temperature) and it tends to eliminate the wind noise.  I guess it learns it can go just a wee bit further up improving the seal.