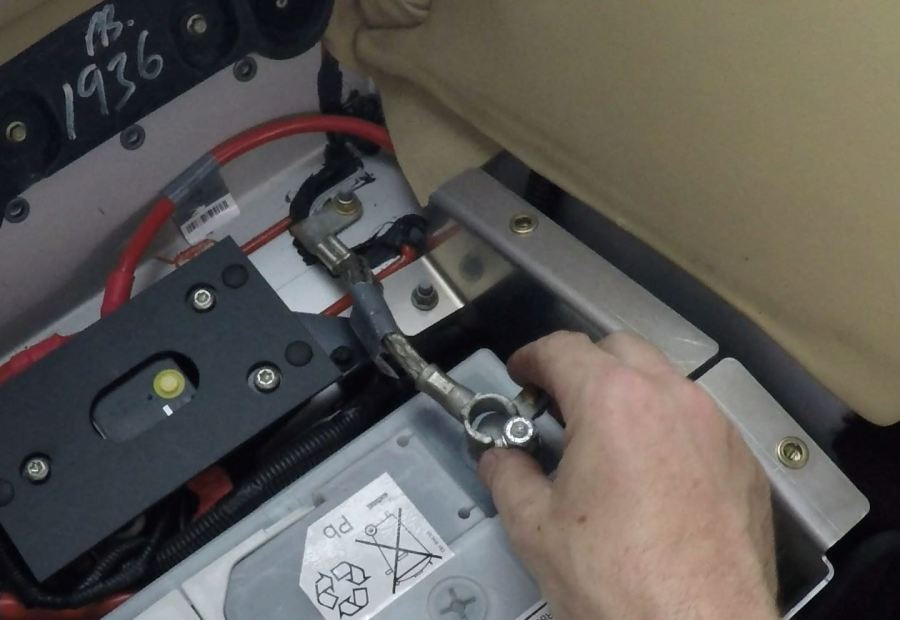 If you’ve been good boy [or girl] and disconnected your battery during a service event like you were supposed to – kudos to you for taking the time!  Or perhaps you are changing your battery and it’s time to hook it up.  Whatever the reason, you’ll want to follow the rights steps to get your DB9 operational again.  Even after you hookup the battery there are a number of steps you need to follow to reset a bunch of the modules.  I will reveal all below.

Of course to get to this point I’ve done some work.  Check out my other article and video on Disconnecting the Battery. 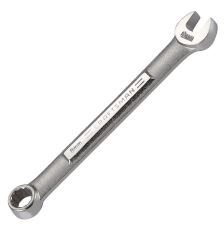 You only need a few tools for this project: 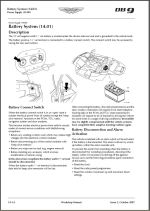 The Official Aston Martin Workshop Manual Section 14.1 on the Battery System covers it in just 3 steps and doesn’t really cover the few bits of nuance.  I will be a bit more verbose below.

This process should take you about 10 minutes to complete.

Before you start I guess we should talk about the condition of the battery terminals and clamps.

In some cars these can become covered with a layer of corrosion.  My car has lived in California for the 12 years of its life, and as you see in the videos below, the cable and terminals look like new.  If yours are needing some love, clean them up before proceeding.

That’s it for the battery re-connection, but you still have four (4) more procedures to follow.  As pointed out in Aston Martin Service Bulleting SB153 anytime you’ve had the battery disconnected you need to:

The first three steps are easy, only take a few minutes and I have also included links to their videos below.  The engine misfire correction factor relearn is important (check out my article on this), but has to be done on the highway.  I have a detailed video on this process as well.

OK, full disclosure here. I wanted to share my experience of reconnecting my battery after having it disconnected for 3 days while I changed my Spark Plugs and Coil Packs.  Somehow, even though my battery was disconnected, it became significantly discharged (weak). When I hooked my battery back up and attempted to restart my car, all sorts of weird sh!t happened. The engine barely turned over, and when it did finally start it stumbled along like it was on life support. Even more scary, all sorts of weird electrical things started to happen after I shut it off. Both the driver and passenger side mirrors started endlessly ‘hunting’ around moving on their own, the CD changer kept indexing, lots of crazy stuff. I couldn’t stop it, and had no idea what to do. After a few minutes of this I then panicked and pushed the Battery Disconnect button in the trunk, no change. The mirrors kept wigging out, so I had no choice but to set a new world speed record for getting back in and disconnecting my battery (about 3 minutes, to get it all back apart again). On a hunch I calmed down, charged the battery for 2 hours, pressed the battery reset button and then put it all back together again. Complete success the second time around [whew!]. So, a weak battery is no fun, and many of the electronics ‘modules’ like the door mirrors wig out with they get less than the proper voltage. Turns out three months later the battery finally gives up (after 12 years of service), and I’ll have an article on that soon.

OK, here is my video on the battery re-connection process.

4 thoughts on “Reconnecting the Battery in an Aston Martin DB9”